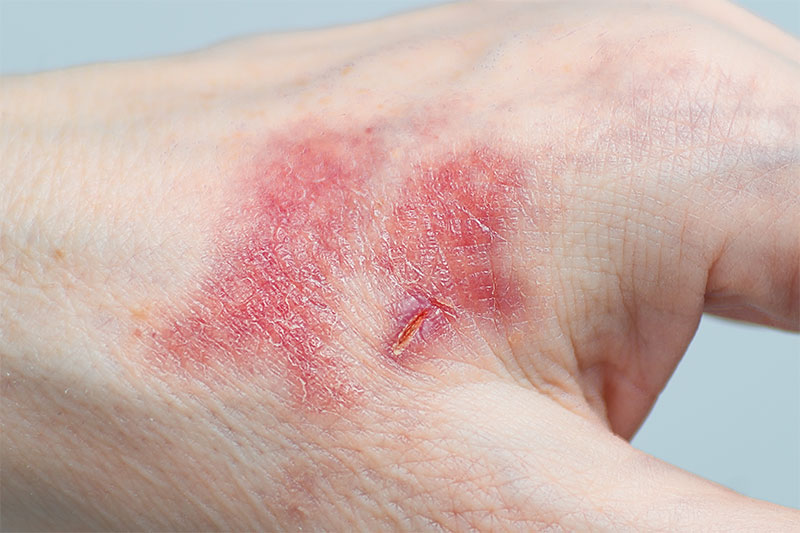 Cuts are not fun to have and everyone gets them several times in their lives. However, if you treat the cut immediately by washing it with mild soap and warm water, you will clean the area and then place a bandage on it so it can heal. That only applies to minor cuts. Serious cuts, however, require a trip to the doctor or the hospital and therefore it requires medical intervention. However, the focus will be on minor cuts.

Everyone gets minor cuts which can come from a small nick from accidentally hurting yourself with a sharp object, or it can result from a papercut or a scrape. Either way, they are not pleasant to have and not pleasant to experience. However, if they are taken care of right away, they will heal. Sometimes, however, cuts can become infected. Let’s look at the five signs that your cut may be infected.

Too Much Swelling And Redness

When a wound is fresh, it will hurt and it may hurt for a day or so after you clean it and bandage it. However, after a certain point, the pain lessens. If you have more pain as time elapses after getting the cut, then that is a sure sign that you may have an infection because the pain should never be prolonged with any cut. That even goes for surgical cuts as the pain has to wane. It never worsens unless there is an infection.

It Is Hot To The Touch

If you are finding that your cut feels warm to the touch, then that is normal when the wound is fresh. That is due to the fact that your immune system is fighting off the bacteria and other foreign bodies that end up in the site where the cut happens to be. That can cause the area of the wound to feel hot to the touch. However, if the cut is warm for days and days after it should be healing (and you will also have pain and redness accompanied by that), then that is a sign that you have an infection.

Pus Oozes From The Wound Site

Some fluid drainage after a cut is normal as it is a sign that the white blood cells are active. However, if the oozing begins to show a color whether it is green or yellow, then that is an infection and that is known as pus. You will likely end up with pus in conjunction with having other symptoms that come with a cut as well.

If the cut is infected and it goes too far, then it can cause you to become ill as you will likely end up with a fever and you will feel generally unwell. You may be fatigued with a reduced appetite. If that happens, you cannot ignore that as you will need to see your doctor.

If you are noticing the early stages of infection in the cut, it is a good idea to call your doctor or you can even talk to a pharmacist and you can grab an OTC topical antibiotic for it. That may be enough to help. However, if not, then you will need to see your doctor as you may need a prescription to help end the infection in the cut.