Soldiers are men of iron will, which in part, the iron part, is how they came to be called by term “G.I.”

Back in the 1800s a physicist, Luigi Galvani, had begun to play with the effects of electrical impulses on human muscles, which “galvanized” them into action. He was also experimenting with a process whereby electrical impulses were used to “galvanize” iron, with zinc, which would prevent rusting. 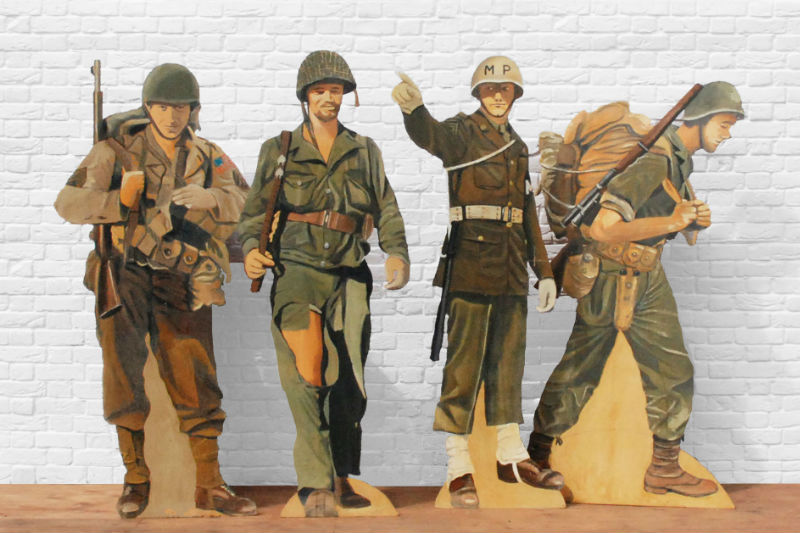 As a result of his experiments, new, non-rusting iron items were produced of galvanized iron, and by WWI, trash cans, were referred to as G.I. bins. German artillery shells were called G.I. cans.

The origins of the soldier term “G.I.” is an abbreviation for “Government Issue,” which was stamped on all government kits supplied to recruits in the US Army during World War II.

By WWII, since the government issued everything to the army, including their trash cans, things came to be known by the tag “government issue”, or G.I. The idea of soldiers being issued by the government, instead of by their mothers, tickled the public’s fancy, and from then on, the common soldier was known as a G.I.