Genetic mutations always remind us of something weird, unattractive. We are not aware that, however, they can generate unique characteristics.
In this article, we are going to show you 10 genetic mutations that made some humans more appealing.

Vitiligo is one of the genetic mutations that make the skin, hair and nails to lose their color. This condition doesn’t own a curing method, however, it can only be slowed down.

Winnie Harlow, in the picture below, is a model who has vitiligo. She has white spots all over her body for which she says she is proud of them.

One of the most famous cases of vitiligo was Michael Jackson, who lost all of his skin pigmentation.

9 – Black and white twins born from the same egg

Don’t be surprised if we tell you that the two girls in the picture are identical twins.

The genetic mutation behind this miracle is very complicated. Namely, the ‘same egg’ girls were born with a different skin tone but some genetics.

One of the rarest genetic mutations is piebaldism. It is a condition that makes a patch of the hair white. The white lock appears due to lack of cells and melanocytes.

A most common case is a white patch on the forehead. We, personally, think it looks very unusual and beautiful. 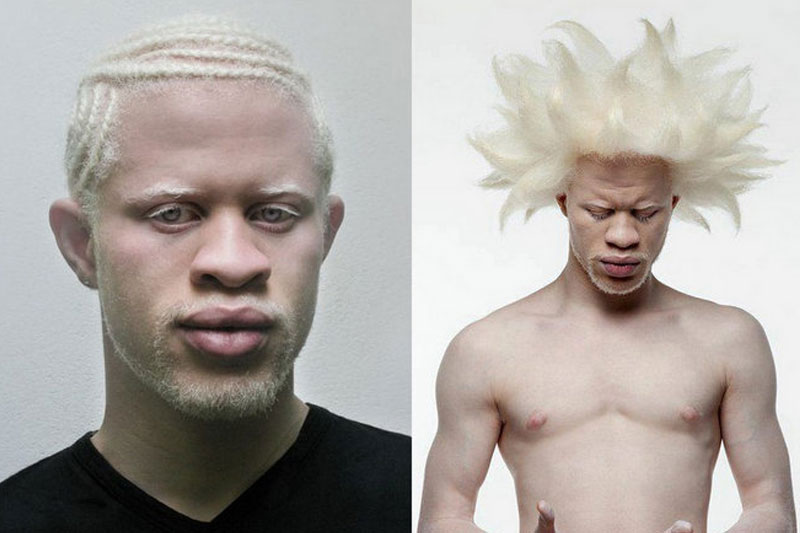 You’ve all probably heard about the syndrome of albinism. It is a condition that can affect every ethnic group.

People who are albinos have a very distinctive physical look but also have different health conditions. They can suffer from vision impairment, deafness etc.

Especially in Africa, albinos are experiencing dangerous conditions every day of their life. Some Africans believe that, if they capture, they can use the body parts in witchcraft to bring luck and prosperity. 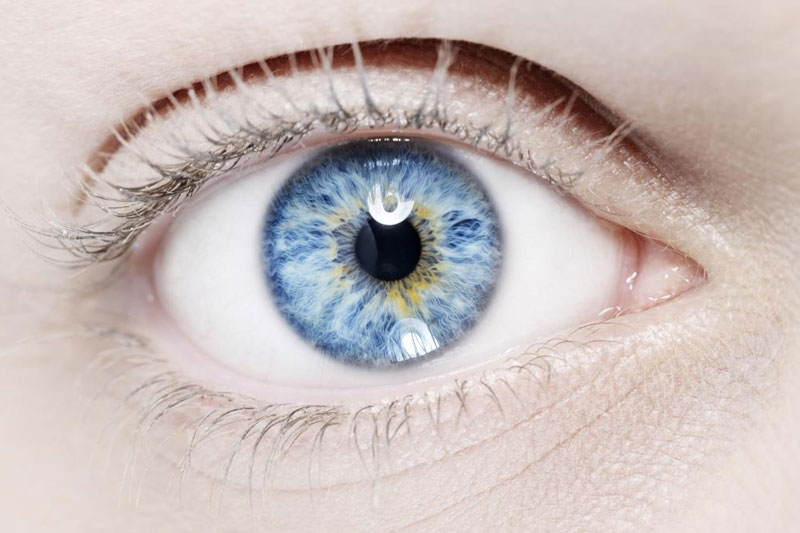 The Waardenburg syndrome belongs to the group of genetic mutations which makes a person have incredible blue eyes but also causes deafness and other obnoxious states.

Even though it looks amazing on the outside, this mutation is not so pleasant on the inside.

Elizabeth Taylor, of the most famous actresses, had double eyelashes. And made her look even more beautiful than she is.

Moreover, this is a very rare syndrome and it is not always so pleasant as it may seem. Eyelashes can grow irregularly and can require surgery measures to get rid of the burden.

Chiefly, this genetic mutation causes the eyes to have different colors or the pigmentation to be scattered around the iris. 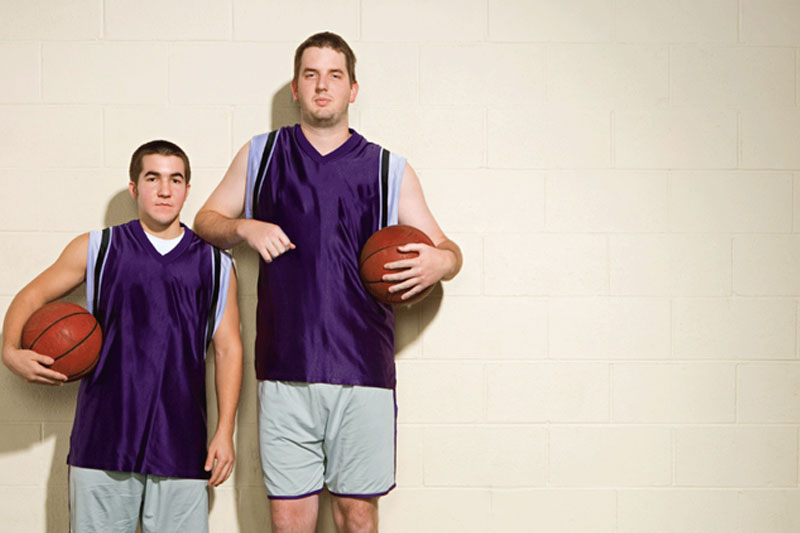 It is very relative whether you consider this genetic mutation as an attractive one. Gigantism is a very dangerous syndrome that can end up with illnesses or worst case – death.

One of the positive cases is Elisany da Cruz Silva from Brazil. This girl 6’9” tall girl had pituitary gland tumor who was successfully and luckily removed in time. Elisany stopped growing and took a job as a model.

Some people don’t even consider the cleft chin to be a mutation. However, we must say it is since it’s a product of a failed fusion of chin bones during an embryo’s growth.

Henceforth, the embryo has lack of the gene that is essential for the bones to blend together. For instance, Adele, one of the most famous singers, has a cleft chin.

Ocular albinism is one of the most exceptional genetic mutations which influences only the eyes. Namely, it causes the iris to lose its pigment.

When we see blue or green-eyed children from a dark-eyed family, they are probably ocular albinos. It is one of the best mutations, isn’t it?