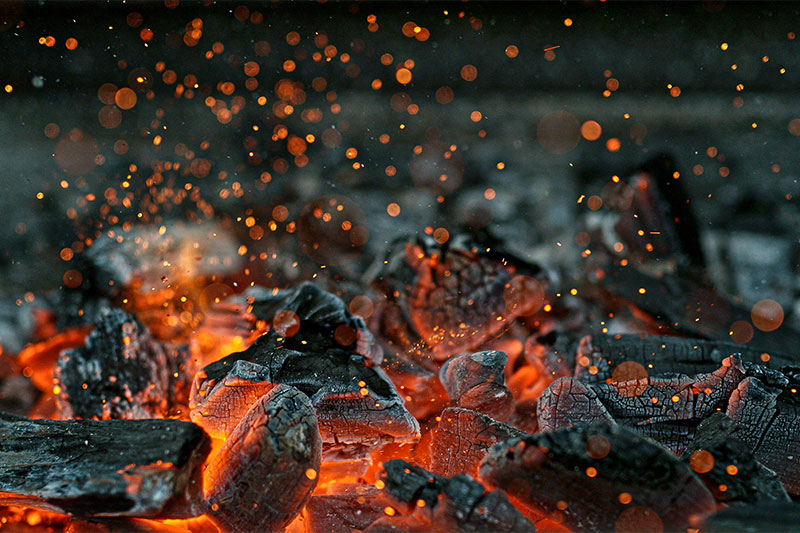 Grilling parties are fantastic, especially when it’s hot outside. After all, nothing beats the flavor of food when it’s kissed by smoke and fire.

And although generally there’s nothing wrong with enjoying grilled meat from time to time, there are some risks associated with the primitive cooking method. Some might even be related to cancer!

Here’s what we know so far. We’re also talking about the right temperature for grilled meat, the risks of under-cooking your food and how to store food during an outdoor dining experience.

Cancer is still widely misunderstood; we don’t really know where it comes from or what triggers it. Sure, we learn more about it every day, and we’ve identified a great deal of carcinogens — yes, they’re all around us.

The question is, are the rumors true? Does grilled meat cause cancer? Well, yes and no. The problem with cooking food at high heat is that the food, specifically the sugars, amino acids and other compounds, can be turned into harmful molecules called heterocyclic amines or HAs.

When cooking meat at over 300°F, these compounds accumulate and can cause cancer in some cases, at least, that’s what we’ve seen in animal tests.

HAs are not the only carcinogen involved with our favorite outdoor pastime. When the meat drips over the embers, it causes smoke, and along with it, some substances called polycyclic aromatic hydrocarbons or PAHs. These molecules stick to the meat, and they might cause cancer as well.

So, one way of reducing the risk of cancer, or better said, death by grilled meat, would be cooking at lower temperatures and not overcooking the meat. The less you char the meat, the healthier it is.

Of course, no one’s saying you should change your ways to avoid cancer just yet; There’s still much we don’t know about it. Besides, we’ve been cooking meat over a fire for millions of years. We’re sure by now we’d know if it’s bad for us.

How to Grill Meat Safely

And now that we’ve somewhat debunked the myth of cancer and grilled meat, let’s address another pressing matter.

In the same way it might be risky to overcook the meat; it’s also risky to undercook it. Harmful bacteria living in raw meat only die after the meat reaches a temperature of 145°F for pork, lamb and beef. For chicken, you want to cook it at 165°F — there’s no such thing as medium-well chicken.

Of course, to make sure you hit your target, always grill with a meat thermometer; even the most experienced grill masters use them.

So, Is It Safe to Grill Meat?

Of course, it is! Sure, you might need to take some extra precautions. Don’t overcook or undercook meat and always store food you’re not using in the fridge or on ice. Food does go bad fast out in the open, especially in hot weather.

Will your steak give you cancer? It probably won’t, but now at least you know what these rumors are all about. Now, call some friends over and light up the grill. It’s beautiful outside!