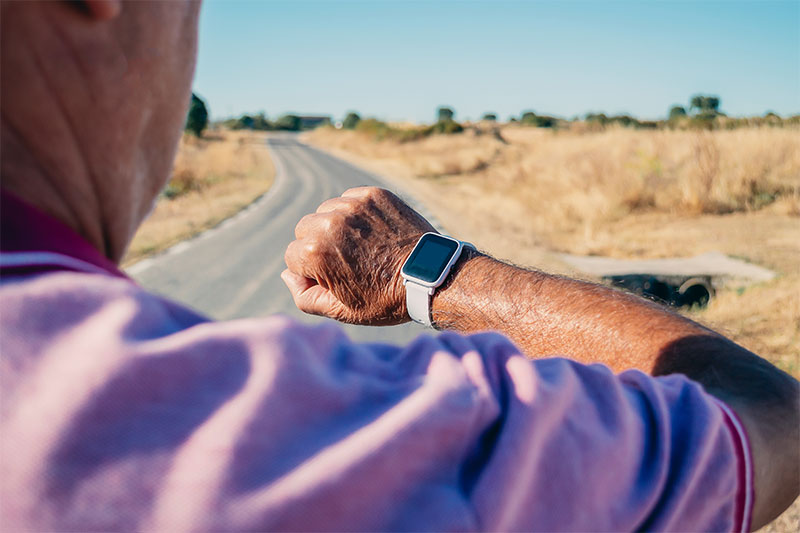 Do you have a FitBit or the Health App on your smartphone and make sure that you do 10,000 steps a day because it is what is recommended for your best health? Then you will want to relax a little more than that because you no longer need to do 10,000 steps per day which can help relieve some of the pressure off of you. That is unless you enjoy being as active as possible. However, studies are showing that there is a new recommendation for the number of steps middle-aged people should take. What is the recommended number of steps people should take? Now, it is 7,000 as opposed to 10,000 steps per day.

Why is there a change in the number of steps that someone should take? That is because 10,000 steps a day is not as necessary as one had originally thought. Studies have found that middle-aged people who walked 7,000 steps a day were significantly less likely to die from health-related complications such as stroke, heart disease, and uncontrolled diabetes. Those who took fewer steps, however, were 50 to 70 percent more likely to have those health complications over the next decade and potentially even die from them.

All You Need To Do Is Ensure That You Are Getting 7,000 Steps A Day

The great thing is that you do not even have to do any strenuous exercises when you are getting those steps in. That could be even slow walking or brisk walking. You do not have to walk on the treadmill or do any strenuous workouts when you are covering 7,000 steps in a day. It only matters that you are active. And the reason that this is now a known fact is that a study was conducted at the University of Massachusetts Amhurst involving 2,100 adults ages 38 to 50 in 2005 and 2006. The participants wore a device called an accelerometer for a week tracking the steps they took.

When they were followed for 11 years, they found that 72 of the participants had died from heart disease or cancer. When there was data analyzed from this, they looked at BMI, as well as whether or not the participants were smokers which would have affected them.

However, the ones who not only survived but were healthy took anywhere between 7,000 to 10,000 steps daily. The ones who did not make it took fewer than 7,000 steps her day – some of it being significantly lower than that. However, they also found that after 7,000 steps, the benefits leveled off which is the reason that now it is not necessary to take 10,000 steps per day. They also found that the speed of taking the steps had no bearing on the ability to stave off those complications such as heart disease, stroke, or cancer.

Therefore, if you are only getting in 5,000 steps a day which is not enough, you can begin to work your way up to 7,000 steps a day, and you do not have to go much further than that if you don’t feel you want to do it. That means you can take your time just to get up and walk around for a few minutes every hour if you are working at a desk job for eight hours a day. You will want to get as much walking in as you possibly can to stay healthy. If you have a one-hour lunch break, go eat your lunch and then get walking. There are many creative ways to get yourself moving daily and you will want to make sure that you take advantage of those minutes.