Adding honey to your diet is a good idea as long as you don’t overdo it. It is a great sugar alternative, and it has trace amounts of vitamins and minerals. 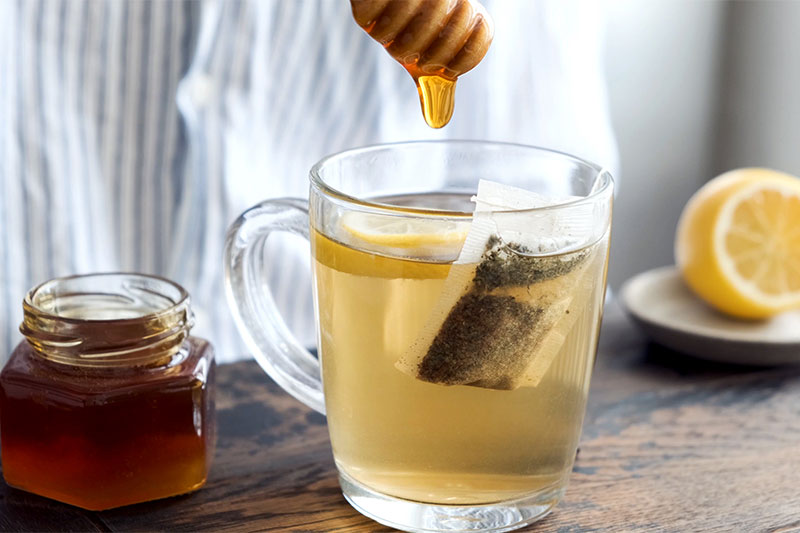 If you’re consuming organic, raw honey, even better. Perhaps you’ve heard about the syrupy liquid’s ability to fight common cold symptoms, so are they real?

Honey is one of the most used over-the-counter remedies for the common cold, and it’s been that way for centuries. Is this hard science or just a pointless tradition? Let’s find out. Does tea with honey really help against a cold, or is it a fable?

Does honey really work against a cold?

According to some studies, there might be some truth behind these claims, but first, let’s see why honey might be a better alternative compared to regular medicine.

Treating ailments with stuff from our pantry is nothing new. Still, most of the evidence behind food, condiments, spices and herbs actually helping treat disease is anecdotal, meaning they probably don’t work. Is this the same case for honey and its cold-fighting properties? Apparently not. Here’s why honey might actually fight cold symptoms.

Honey is smooth as silk 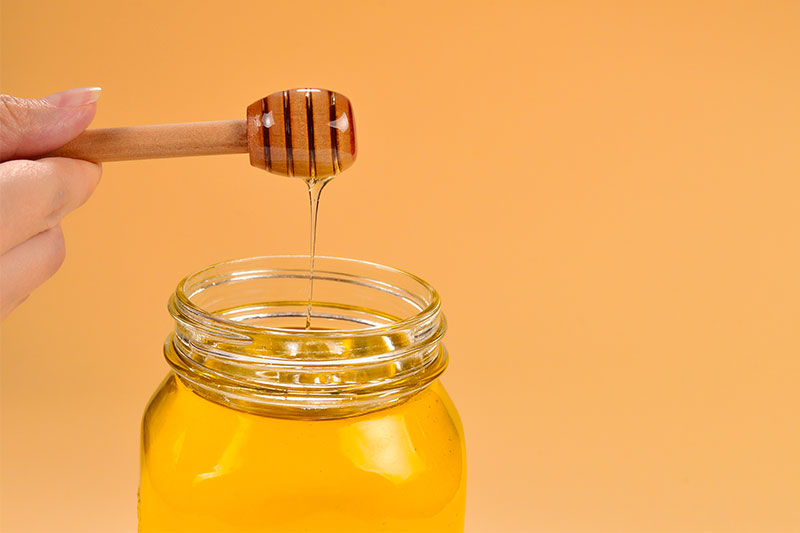 Drinking tea with honey, or just having a few teaspoons of honey, certainly can’t make things worse, so that’s a good start. Yes, honey’s viscosity and coating properties can hydrate and lubricate the throat and ease a sore throat. And that’s far better than using medications, which always have side effects — drowsiness and difficulty sleeping.

Cough syrups are not as innocent as they seem. Abusing them can lead to paranoia, confusion, excessive sweating, nausea and vomiting. Even irregular heartbeat. This is no joke.

If honey can ease your sore throat with no side effects, then it’s an easy decision, don’t you think? 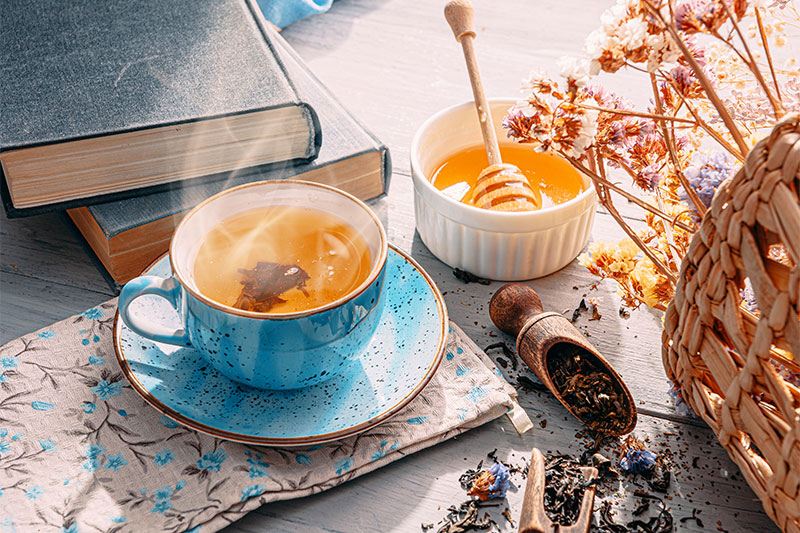 Some researchers suggest honey has antimicrobial properties, and although they might not be potent enough to treat an infection, they might help.

We should mention that viruses cause colds, not bacteria, so not even the most potent antibiotics can’t kill the cold virus.

Of course, colds often develop small infections, and that’s where honey might help. We’re not treating anyone’s infections with honey anytime soon, but hey, even if honey kills a few germs, it’s worth a shot.

Perhaps more research is needed in this area to assess honey’s antimicrobial effects. Scientists are working on it as we speak.

There’s lots of sugar in honey 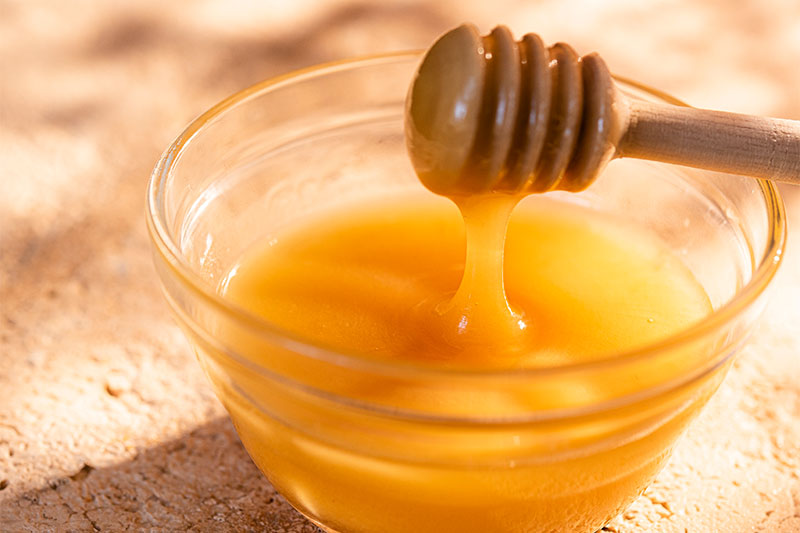 Honey is basically sugar, and according to some experts, it triggers a feel-good sensation that could give our bodies a boost while fighting an intruder, such as the cold virus.

Sweet stuff makes everything better, right? We can always have a bit of honey to feel better.

Is this a placebo? 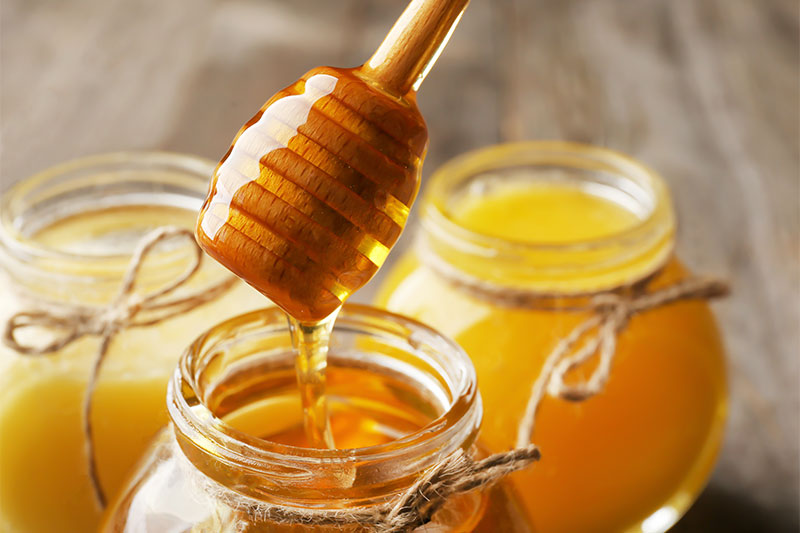 Double-blind studies suggest honey might relieve cold symptoms because of a placebo effect. This means honey does nothing special, but our brains think it does.

If you’ve grown up thinking a cup of tea with honey will make you feel better, it probably will. Mainly because this is grandma’s special treatment, so there’s an authority figure behind honey’s health claims.

If you really believe honey will make your cold symptoms go away, it might just do that. It comes without saying this has been more effective in kids, as placebos are less effective in grownups.

The Verdict, Fact or Fable? 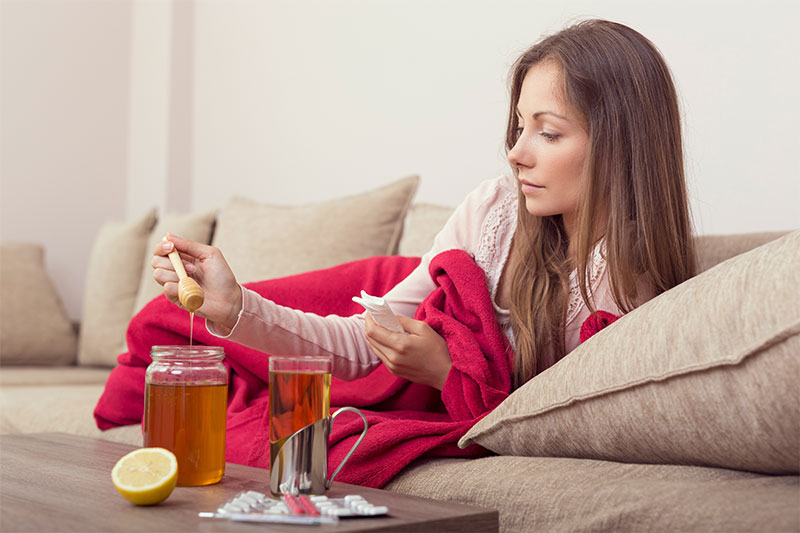 Sugar might just give your body that extra energy it needs to fight disease. Add to that a placebo effect, and you might be on the right path to overcome the common cold.

Other than that, honey is no medicine and has no medicinal properties. There are no bio-active compounds in honey to fight infections and let’s not even get started with viruses.

The bottom line? If someone makes you a cup of tea with honey to treat your cold, that’s an act of love right there. Just knowing someone cares for you might be reason enough for your body to fight that virus away.