The food industry is fierce and competitive; there’s no doubt about that. There’s always the need to cut corners here and there to reduce costs, but we end up paying the price!

We’re creatures of habit, and when we like a particular brand or specific product, we stick with it. What happens when the faceless corporation behind your favorite treat decide to change ingredients?

For starters, they won’t tell you about it, but we know you can tell. So here are ten food that secretly changed ingredients without you knowing.

The king of spreads, the unctuous and rich hazelnut spread we all know and love has been secretly messing with their recipe without us knowing, and that’s too bad because if they lose our trust, we might look another way.

In 2017 Nutella substituted milk power for whey powder. Although it might not look like a significant change, it is. Whey powder is not only less nutritious; it’s cheaper. 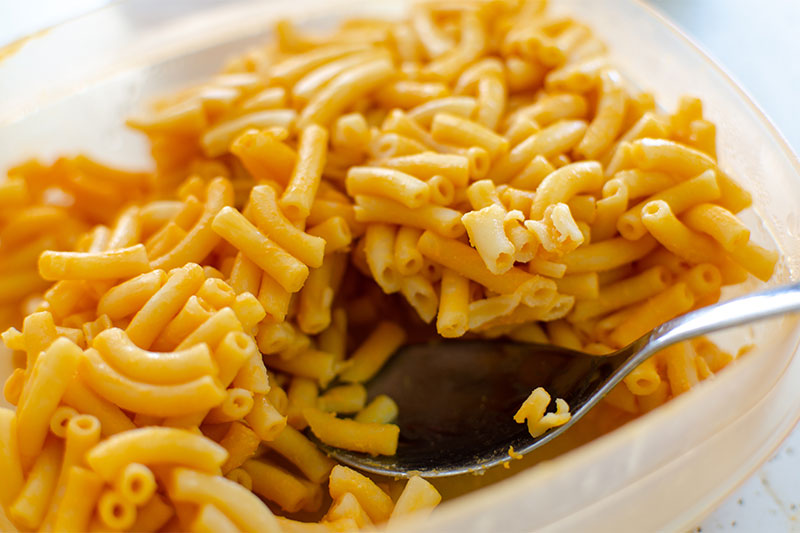 The ultimate comfort food, the perfect midnight snack, and the only thing our kids will eat without a struggle. That’s Kraft mac & cheese for all of us, but when was the last time you had the cheesy pasta? It might not taste as you remember.

In 2015 Kraft substituted the famous yellow No. 5 for paprika and turmeric as natural colorants, and eliminated artificial flavorings and preservatives too. It’s a good thing that mac & cheese is now ‘healthier,’ but fans aren’t happy.

This spongy cake was invented in 1930 and was initially filled with banana cream. The first recipe change came during WWII, as bananas weren’t readily available. Vanilla took the place of the tropical fruit.

The sponge and the cream changed again in 2012, and there was a substantial size decrease too. Although no one knows why twinkies changed so much, or what they’ve done to them, twinkie fans are not delighted with the new, sadder version.

McDonald’s fries, and all fast-food chain fries, for that matter, had a complete makeover in 1990 after health complaints about the high cholesterol levels in the beef tallow-fried potatoes. The company began using other grain-based oils, which reduce the health risks very little. Yet, there are many people still complaining about their fries tasting better before, of course, they did.

Not all changes are that bad, McDonald’s stopped sourcing anti-biotic loaded chicken for their nuggets and chicken patties. They also eliminated the artificial vanilla flavor from their soft ice cream in recent years.

This is a fun change because Lucky Charms have been changing for years! Along with a myriad of limited editions, the sugary cereal has been adding new flavors and marshmallows consistently to keep the kids hooked (as if sugar weren’t enough already.)

If you pour yourself a bowl of the famous cereal, chances are you won’t recognize it. Purple horseshoes were introduced in 1983, red balloons in 1989, green trees in 1991, rainbows in 1992, blue moons in 1995, and leprechaun hats in 1997. All those were replaced in the new century, and new ones are being added now and then.

Fanta has an obscure history, since it was first developed in Nazi Germany and was made of organic waste, literally. Times have changed, and the orange soda we either love or hate became a popular pop.

In 2017 Coca Cola reduced sugar in Fanta by 33% and substituted the sweetness with artificial sweeteners. Although the right move health-wise, Fanta fans were not happy; they’ll live longer, though.

Not everyone was pleased when the Mexican inspired chain finally eliminated the artificial color yellow No.5 from its glowing melted cheese and substituted it for natural options, which are just not as bright. This is an ongoing trend since natural spices like turmeric and paprika are healthier options.

It’s yet to be decided if the cheesy flavor has changed too, so let the debate begin.

Nestle is a huge food company, you might not know this, but the industry leader controls half the sweet treats in the market. Nestle, though, is too big to hide its little secrets, so when they made changes in their chocolate bars and the chocolate chips in their cookies, people noticed.

Reducing sugar and replacing artificial vanilla for natural options has been part of the company’s strategy, and apparently, they’ve been adding more cocoa and milk. Still, most of the chocolate bars are based on vegetable fat and not real chocolate.

Coke has had its scandals over the years. The first significant change came in 1985 when New Coke came to be. Massive changes in the original recipe were not welcomed, and eventually, the new recipe became the Classic Coke.

Coke Zero came a few decades later competing with the brand’s Diet Coke in a convoluted strategy, and there’s now a
Classic Coke with less sugar. For a glorified secret recipe, so many changes do seem odd. It looks like nothing is sacred anymore.

Nescafe, the popular soluble coffee brand, changed its years-old recipe in 2016, and their loyal fans noticed. According to the company, they do it all the time to adjust to the customers’ palate and made a fuller version of their coffee.

It’s their brand, and they can make the changes they want, but when unannounced, they just feel sneaky.

All Changes are Good, Right?

Don’t mess with our food is the consensus here, but not all changes are a bad thing. Fat food and mass-produced processed food has wreaked havoc in our health for too many decades, and that has to change.

If a company ‘makes a switch’ for lesser or cheaper ingredients, then we want an explanation. Yet, if they’re substituting artificial ingredients for natural ones, then that’s OK, but why should it be a big secret? We all change and food changes too.

Have you noticed anything different in your favorite snacks? Tell us all about it, and let’s get to the bottom of this together.