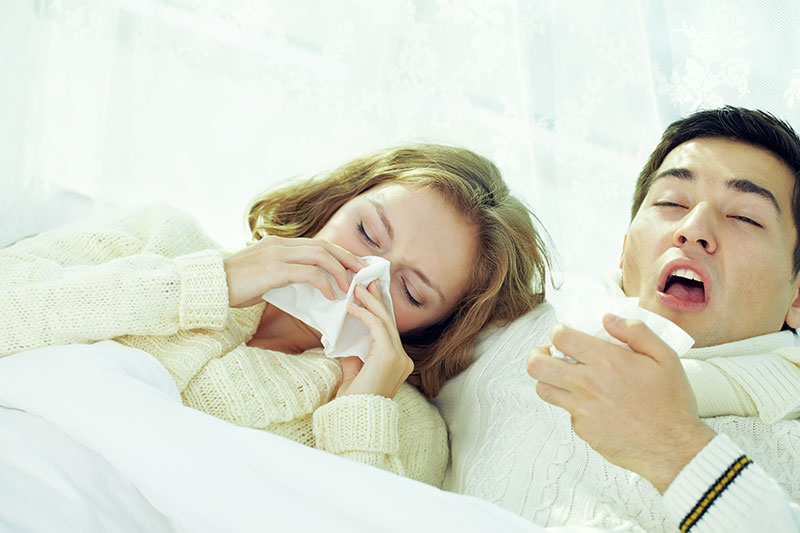 If you have a cold or allergies, the last thing you want to do is relieve your stuffy nose by using nasal spray because it is not pleasant to do. However, you feel you have no choice because if you don’t, your stuffiness can get worse. Therefore, you deal with the unpleasant sensation of the spray going up your nose. You may even opt to use a Neti pot if you have a very stuffy nose from a cold or a sinus infection. However, that is not pleasant either, and there are risks with using a Neti pot too unless you use 100 percent filtered water where there is no chance of any parasite getting in the way.

However, there is some good news. The next time you end up with a stuffy nose regardless of the reason, you do not have to reach out for your nasal spray. If you are fortunate enough to have a lover in your life (or if you don’t, you can still find enjoyment in it and you will need to use your imagination as you read the rest of the article), then you may have a chance at clearing your stuffy nose.

You can clear your stuffy nose by having s ex! You read that correctly. If you have se x and have an orgasm, then you can relieve your stuffy nose. That study was conducted by British and German researchers as they suggested that orgasmic sex can help clear your nasal congestion.  That is because it acts as a nasal decongestant. This study was small but it was also well-formed.

Because the study was small, there are still limited data on this phenomenon. However, the one thing that is known is that there are other factors that can interfere with the validity of the study. The study was not a double-blind study as the couples knew they were having ꞩex. What the couples had to do was have ꞩex in addition to an orgaṡm and compare it to nasal spray which was applied the following day.

There was a five-point measurement of the nasal flow which was before ṡex, after the orgasm, and up to three hours after the fact. The subjects in the study were given a questionnaire to find which ones had nose congestion that was pre-existing over the last month. The assessment of the natal function was done by the participant by using a device that took the airflow measurement.

However, there was one minor problem with this study which was some of the participants in it did not focus on that device before and right after ṡex. Therefore, that led to missing data. However, the data that researchers could obtain found that there was a significant improvement in the nasal flow right after having an orgasm. That was similar to the benefit of a nose spray the following day.

However, there was one issue found. The benefit from the orgasm did not last for very long and the nasal congestion returned the following day. Those who had pre-existing nasal congestion had the improvement as a result of the orgasm.

You want to remember that this study was a small one and some data was missing too. Though overall, the study suggests that an orgasm can help relieve the stuffiness even though it is short-lived. And it will work on those who had nasal stuffiness beforehand as it will not help prevent you from having a stuffy nose. But don’t fear if you don’t have a partner and you have problems with nasal congestion. There are creative ways to experience an orgasm and that will be left to your imagination (wink).