The only woman that has appeared on a U.S. paper currency is Martha Washington.

American greenbacks have always had a fascinating history. The actual term dated from the Civil War when the United States issued demand notes with a plain green back to finance the fighting. Money since then has traditionally been some shade or another of green, even when it was a silver dollar. 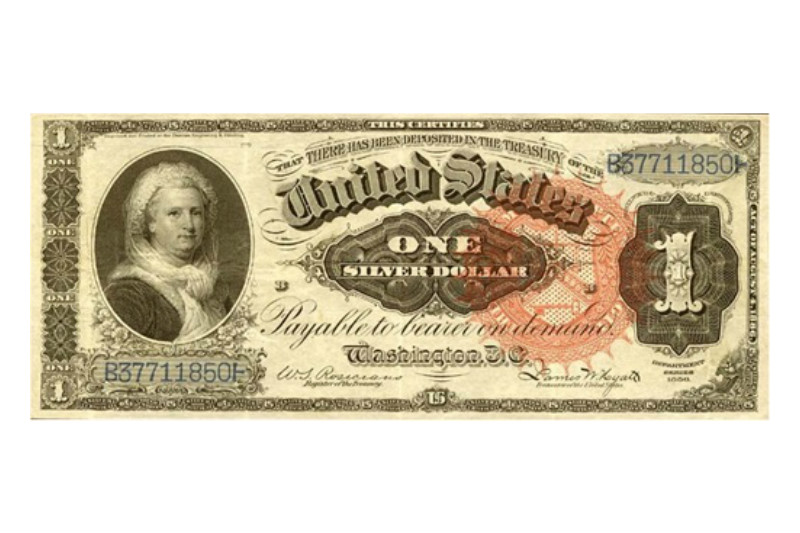 The United States was initially on a standard for valuing money that combined silver and gold and was proposed by Alexander Hamilton. That standard was chucked after what has become known as the Crime of 1873 when the government set the U.S. on the gold standard to stabilize finances. The problem had been that a unit of money based on two metals, fluctuated too wildly in value, because of the sometimes unstable markets for silver and gold. It was better and more reliable, to depend on the rate of value for only one.

This resulted in silver miners rising up in protest since the metal was no longer of value, nor used as much in commerce. To satisfy them, the government committed to purchasing a set amount of silver each year for coins. But the coins were heavy. So whatever the government had in the Treasury in the way of silver coin value, was issued as a paper Silver Certificate.

And it would be on one of these in 1891, that the “mother of our country,” Martha Washington, appeared. She was the first female ever to grace the national currency.